Home - Market Updates - Don’t Worry About the US Consumer

Don’t Worry About the US Consumer

Don’t Worry About the US Consumer

During the next couple of days you’re going to see lots of stories about the strength of consumer spending. Early reports say Black Friday on-line sales hit a record high, up 14% from a year ago, following a 17% increase on Thanksgiving Day itself. Black Friday sales at brick and mortar stores were up 4.2% from a year ago. So much for the theory that brick and mortar is dead or the economy is in trouble.

This shouldn’t surprise anyone who’s paying attention to underlying data on workers. The unemployment rate is hovering near a 50-year low, job growth remains robust, wage growth is solid, and wages are growing faster for low-income workers than high-income workers. Overall, private-sector wages and salaries are up 5.2% from a year ago. Meanwhile, we think the end of the GM strike means a sharp rebound in payroll growth in November.

In addition, consumers are in solid financial shape. Consumer debts are the lowest relative to assets since 1984. Household debt service relative to after-tax income is tied for the lowest on record (data go back to 1980).

However, it’s important not to let all the media attention on consumer spending distort the view of the way the economy really works. People can’t consume something until it’s been produced.

Yes, according to conventional statistics consumer spending is 68% of GDP. But GDP doesn’t count all economic activity; it uses the sales value of all goods and services (consumption and investment) to estimate production.

That’s why, as much as we like to see solid numbers on consumer spending, we see this as an effect, not a cause of our bounty. The primary cause is the innovation and risk-taking of entrepreneurs. Which is why, if you want to know when the next recession is going to start, you need to pay careful attention to the environment for innovation and risk-taking, not how much people are spending.

Yes, when the next recession comes – and we don’t see one for at least the next couple of years – consumer spending will likely falter. But that doesn’t mean slower consumer spending caused the recession. It’s just the natural and eventual consequence of a less healthy environment for businesses, small to large. Less production would mean fewer workers and, in turn, less purchasing power.

So enjoy the good news you see the next couple days, but keep in mind that healthy growth in consumer spending is exactly what you should expect in an economy where tax rates are relatively low, business regulation has slowed, and monetary policy isn’t tight. If we’re right, we should see more of the same kinds of headlines for at least the next couple of years. 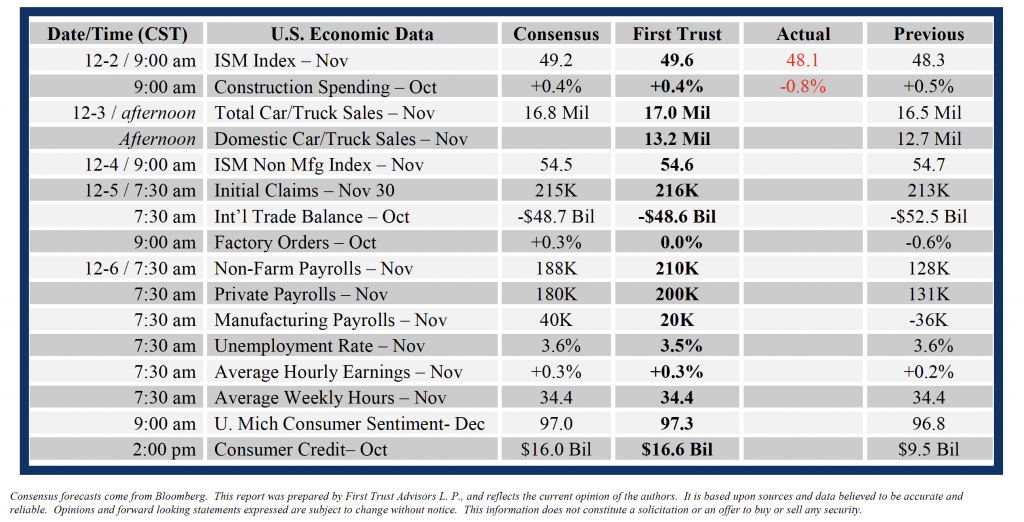