Drop in Budget Deficit is a “Sugar High”

Drop in Budget Deficit is a “Sugar High”

After nearly three years of the economic and financial market distortion due to COVID lockdowns, money printing, and massive government borrowing, some of these distortions are subsiding. For example, the federal budget deficit in FY2021 was $2.78 trillion, but for FY2022 (which ended on 9/30), it fell to $1.375 trillion.

As you would expect, some are treating this as huge progress toward fiscal sanity. But we beg to differ.

First, the budget deficit as a percent of GDP was 5.5% of GDP last year, the eighth largest since 1947.

Second, because of the way government accounting is done, the Biden Administration’s policy to forgive some student loan debt added $426 billion to the deficit and will likely add substantially more as we get details on the proposal to limit future repayments based on income. In other words, policymakers in Washington, DC are still itching to come up with new ways to ramp up spending.

Third, the federal government spent 25.1% of GDP last year. With the exception of the COVID years, FY2022 spending as a share of GDP was the highest for any year since World War II. That’s right, this is even higher than the peak year of the Financial Panic (FY 2009), when spending peaked at 24.3% of GDP. What makes this even more astonishing is that the unemployment rate averaged 3.8% during this past fiscal year, compared to 8.5% in FY 2009.

And this begs the question: With government spending so high, how in the world did the deficit decline so much? The answer: a surge in government revenue. Revenue hit 19.6% of GDP in FY 2022, only surpassed by the last two years of World War II and the year 2000, during the dot-com boom.

Individual income tax receipts soared 29% last year, to an all-time record high, and were $1 trillion above the level of FY2020. What makes this surge in revenue so unique is that in the past 31 months (since March 2020) US workers have worked 31.2 billion fewer hours than they would have if employment would have remained flat at its February 2020 level. That’s a lot of lost production, yet the Federal Government keeps raking in more revenues.

How? Because the massive fiscal and monetary stimulus of 2020-21 was essentially economic morphine that policymakers used to mask (part of) the pain of unprecedented COVID-related shutdowns. That morphine artificially and temporarily boosted economic activity and has now led to the highest inflation in forty years. Nominal wages and profits surged, and so did government revenue. In a sense, the government borrowed from future generations to hand out checks and then taxed its own stimulus back after it circulated in the economy. This “sugar high” can’t and won’t last.

But now, because of high inflation, the government is pulling back on the monetary morphine. Although we don’t think a recession has started yet, we think a recession is on the horizon, which means the fiscal picture in 2023-24 will not be anywhere as good. Look for bigger budget deficits the next few years as the revenue “sugar high” wears off. 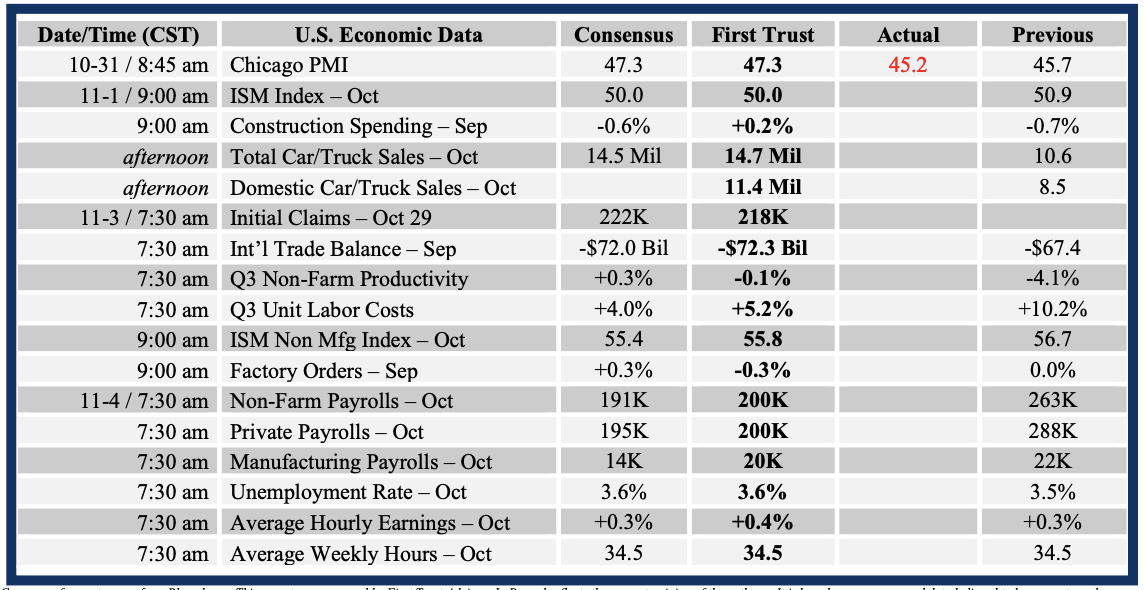