Labor Day is probably the best time to take stock of the American worker and, for them, it’s rarely been better. The unemployment rate is near the lowest level since the 1960s, job growth remains robust, and wage growth is in a general accelerating trend.

The unemployment rate was 3.6% in April and May and 3.7% in June and July, and, we’re guessing, August, as well. The last time the jobless rate was lower was in late 1969. Some still discount low unemployment because the participation rate (the share of those age 16+ who are either working or looking for work) is lower than it was in prior decades. But back in 1969, when the jobless rate averaged only 3.5%, the participation rate was 60.1%, which is much lower than the 63.0% average so far this year.

The U-6 unemployment rate has dropped to 7.0%, very close to the record low of 6.8% back in October 2000, near the peak of the first Internet Boom. This is the measure some call the “true” unemployment rate and which includes discouraged workers and counts as unemployed those working part-time who claim they want full-time jobs.

Meanwhile, it looks like job growth remains healthy. Although payroll growth for the year ending in March looks like it’ll be revised down by about 40,000 per month, that still leaves growth of about 170,000 per month, with average payroll growth of 159,000 in the four months since then. All these figures are, in turn, well ahead of the roughly 100,000 jobs per month we need to keep the unemployment rate steady.

In the last twelve months, average hourly earnings are up 3.2% versus a 2.8% gain in the twelve months ending in July 2018. And if it weren’t for the retirement of Baby Boomers near their peak earning years, the measured growth in wages would be even faster. The Atlanta Fed’s wage growth tracker, which focuses on people who have kept working, shows average hourly earnings up 3.9% in the past year versus a 3.3% gain the year ending in July 2018.

Perhaps the best news about the labor market is that, in the past year, the fastest growth for usual weekly earnings has been at the lowest part of the income spectrum, with workers 90% down the income scale having wage gains of 6.2%. Those with less than a high school degree have had wage gains of 6.1% in the past year versus a 3.2% gain for those with advanced degrees beyond college.

We’re soon entering an election year, so expect to get a heavy dose of politics when you’re looking for economic news. Regardless, the facts show the American worker is alive and well. 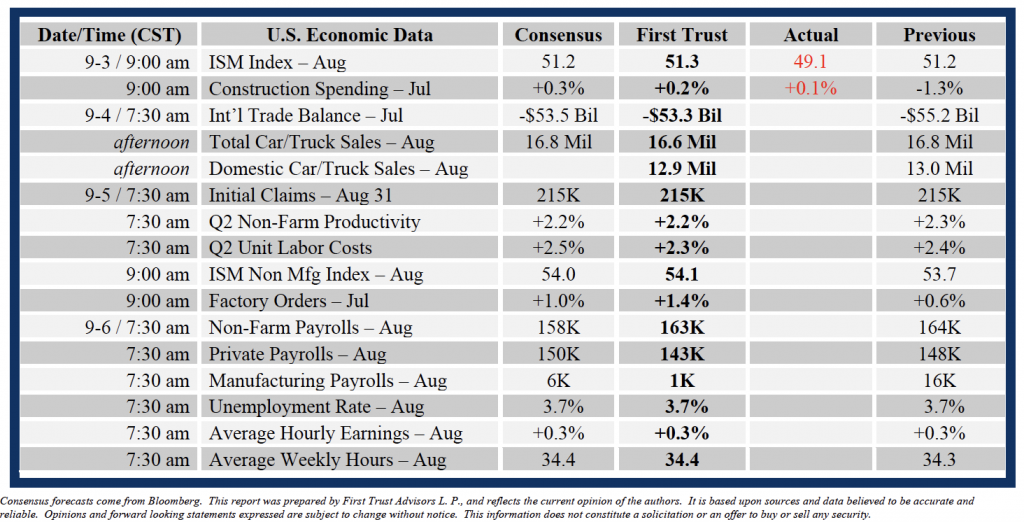