Those of us who are concerned about inflation increasing faster than the Federal Reserve anticipates are focusing on the rapid increase in the M2 measure of the money supply. This measure has soared since COVID-19 hit the US, up about 25% from a year ago, the fastest growth on record.

It is the key difference between the current situation and the situation in the aftermath of the Financial Crisis of 2008-09. During that first round of Quantitative Easing and big spending bills (like TARP), the M2 measure remained subdued because the Fed kept banks from lending, in part by raising capital standards. As a result, inflation remained subdued as well.

This is consistent with what the late great economist Milton Friedman (Uncle Milty) taught us. He said, watch M2: Nominal economic growth and inflation will tend to track M2 broadly over time, adjusted for any fluctuations in the velocity of money, the speed with which money circulates through the economy.

But Fed Chairman Jerome Powell disagrees. As he recently said, “When you and I studied economics a million years ago, M2 and monetary aggregates seemed to have a relationship to economic growth,” but, “right now … M2 … does not really have important implications. It is something we have to unlearn I guess.” In other words, Uncle Milty’s theories don’t work.

Wow! A Federal Reserve Chairman who casually dismisses the monetary lessons of Milton Friedman does so not only at his own peril but the country’s.

The yield on the 10-year Treasury note is already up about 50 basis points this year even though short-term interest rates haven’t budged and aren’t expected to do so anytime soon. Meanwhile, analysts are marking up their estimates of real GDP growth this year.

We’re not saying inflation is going to suddenly surge to 25% (the same pace as M2 growth) or anywhere close. COVID-19 led to a crash in velocity and it will take time to recover, which also gives monetary policymakers time to reduce the pace of M2 growth before a serious inflation problem takes hold.

But that’s different from saying the money supply doesn’t matter at all, which was the message Powell sent.

The US economy is healing faster than expected, while the US Congress and President Biden are intent on pouring at least one more massive government spending stimulus into the system. They are doing this even though the pandemic is waning, and a double-dip recession seems highly unlikely.

The big risk for the next couple of years is an upward surge in inflation that’s larger than anything we’ve experienced in the past couple of decades. We still project 2.5% CPI inflation for 2021, as the government’s measure of housing rents holds the top-line inflation number down. But commodity prices are likely to continue rising and overall inflation will as well in 2022 and beyond. There is an old saying: When the Fed is not worried about inflation, the market should be worried. 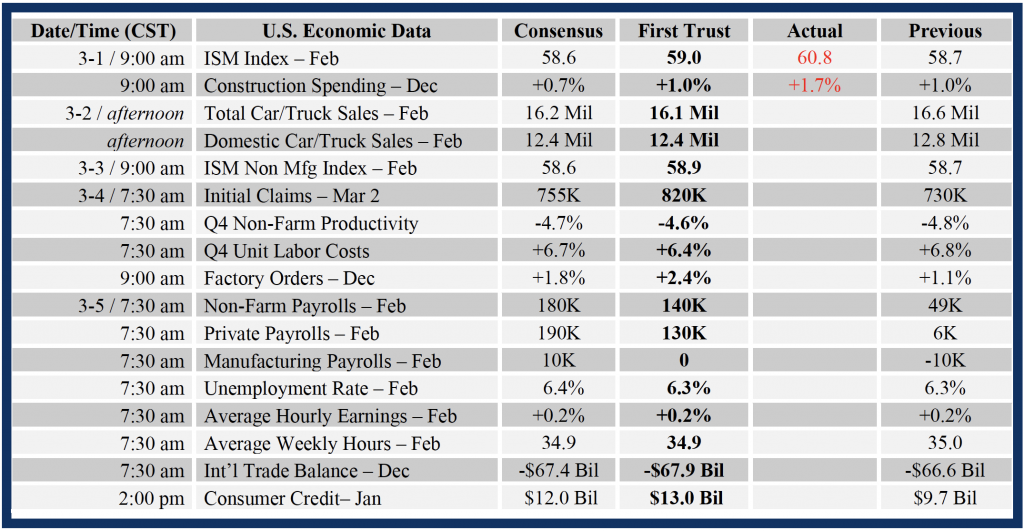