Home - Market Updates - The Big Picture and the Fed

The Big Picture and the Fed

The Big Picture and the Fed 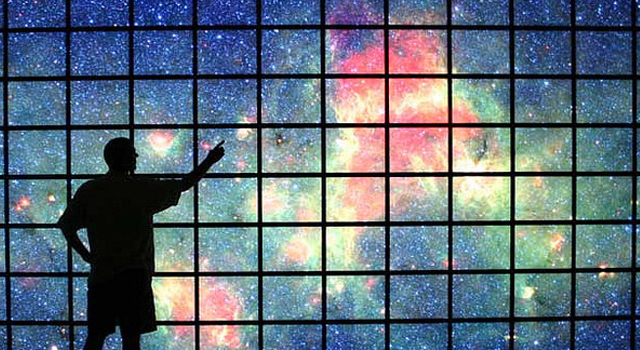 If you take a long hike up a mountain, there’s plenty to appreciate along the way.  But, sometimes, you just have to stop and enjoy the view.  With that in mind, let’s forget about the April employment report – which saw a combination of very fast payroll growth and moderate wage growth – and think about where the labor market stands in general.

Nonfarm payrolls have grown by 2.6 million in the past year, well ahead of the roughly 2.0 million jobs the consensus was forecasting a year ago.

Due to the rapid job creation, the unemployment rate has dropped to 3.6%, the lowest level since 1969.  Some analysts claim the jobless rate is being artificially suppressed by lower labor force participation, but participation is higher now than it was in the late 1960s, when 3.6% was considered full employment.

Regardless, the labor force is up 1.4 million from a year ago, and the labor force participation rate has been essentially flat since late 2013.  And that’s in spite of an aging population.

The unemployment rate for those with less than a high school degree has averaged 5.6% in the past twelve months, the lowest on record, and well below the previous cycle low of 6.3% reached during the internet boom two decades ago

Meanwhile, wage growth has accelerated.  Average hourly earnings are up 3.2% from a year ago, versus the gain of 2.8% in the year ending in April 2018, and 2.5% in the year ending in April 2017.  And the gains in wages are not just tilted toward the rich.  Among full-time workers age 25+, usual weekly earnings are up 3.5% for those in the middle of the income spectrum.  But wages are up 4.9% for workers at the bottom 10% of earners, while up 1.7% for those at the top 10% of income earners.  A rising tide is lifting all boats.

Some observers are claiming we should discount strong job creation because workers are taking multiple jobs.  But, in the past year, multiple job holders have been just 5.0% of the total number of employed workers; that’s lower than at any point during the 2001-07 expansion, or during the previous longest recovery on record during the 1990s.  Meanwhile, part-time jobs are down since the expansion started, meaning, on net, full-time jobs account for all the job creation during the expansion.

We don’t disagree with the theory behind the thinking of Trump, Pence and Kudlow who say faster economic growth, by itself, doesn’t have to cause higher inflation.  A “permanent” supply-side boost to “real” growth from deregulation and marginal tax rate cuts is not inflationary.  In fact, as we’ve previously written, the growth potential of the US economy has accelerated.  Productivity (output per hour) is up 2.4% in the past year, deep into this recovery, when normally productivity growth should slow.

But “nominal” GDP (real growth plus inflation) is still up 4.8% at an annual rate in the past two years, and is set to equal, or exceed, that in the year ahead.  If we think of nominal GDP as the average growth rate of all businesses in the economy, then a federal funds rate of 2.375% is not holding anyone back.  Even projects with a below-average return could justify borrowing, which is a recipe for disaster – what Ludwig von Mises called “mal-investment” – when people push investment into areas that are unsustainable at normal interest rates.  Remember the housing bubble?

That’s why we want Powell and the Fed to resist calls to cut rates.  The Fed is not tight.  Interest rates are not discouraging investment.  If anything, the Trump administration should work to cut government spending, which has grown so large it’s crowding out private sector growth.